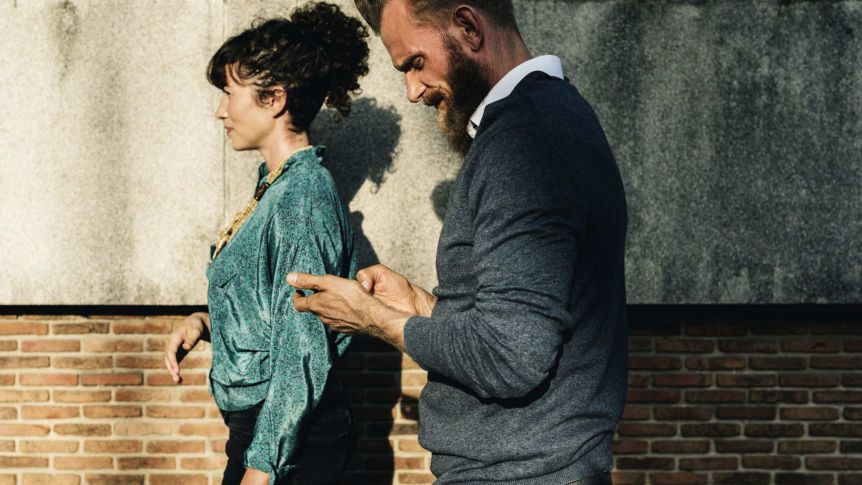 Article 99: patriarchy of the brain and women’s needs.

When I don’t have inspiration to write it means I try to write about something that doesn’t hurt. And why to write what you don’t care about – that’s the question. So I’ll make it about what I have been thinking during the last month, as a part of the campaign ‘not to commit any violence against myself wherever I can’.

Yesterday I came across a girl who worked in the workshop of a sports shop, she was sitting, digging in bicycles, and I could not take my eyes off and interrupt my thoughts: what exactly fascinated me so much. Is it a girl so sexy, or is it her work still so unusual for girls, or is it just very attractive when a human being is in their place and does what they love?

You often see something like this on stage, and that’s probably why it’s so easy to fall in love with a musician: you rarely become a musician by force or out of dispair, it’s usually more of a choice, and a person who loves what they do sways with the beat of their thing and squints joyfully, making other fall in love, with themselves and their happiness.

Being yourself, in your place, understanding yourself, hearing yourself, and acting on it are natural and even necessary things for the health of the individual and those around him. In order to live like this, you first of all need to regularly talk to yourself: how do I feel, do I like what I do, what do I need. And then share it with others. Politely and calmly. I know, it’s not easy ?.

Patriarchy of the brain

The patriarchy of the brain is a historical and cultural phenomenon, it doesn’t depend on gender, and there are plenty of haters about the still-new kind of thinking that doesn’t divide people by sex, among both men and women. Most of them are just people who are used to it. A bad habit.

The natural course of things has placed men in ‘jobs’ and women in ‘kitchens’, and the same natural course of things has led us to the irrelevance of this state of affairs. Today we are at the crossroads of epochs. A modern woman may think that something has been taken from her and look for vendetta, while everything that happened, everything that had to be fought for, was a natural course of events. It’s also natural, however, to feel frustrated in the light of new insights and unmatched social realities, where women still continue to be oppressed.
But now that we understand this, we just need to talk a lot about it, because the representatives of the patriarchy of the brain mostly just never thought about these things, and simply live the way they used to. We have to talk, because it can be really difficult to get used to the new, especially when you haven’t yet reached this level of consciousness.

People have either come to realize the meaning of partnership or not. But even if they did, cultural and historical circumstances often force us to think stereotypically and act reflexively, and the only way out is painstaking work on self-awareness and self-control, here and now.

Meanwhile, aggression, often called discussion ?. Never a way out, but accumulates during mutual deafness. The sexes oppose and shout with each other, brother against brother, husband against wife, all screaming, waving their fists, and again nothing is heard. Women have anger and resentment, men reciprocate. Add to this intersection of epochs.

Speak and hear, hear and speak. Listen to your own and other people’s needs. It’s possible and effective. And that is how, probably

“In a world where we’re often judged harshly for identifying and revealing our needs, doing so can be very frightening. Women, in particular, are susceptible to criticism. For centuries, the image of the loving woman has been associated with sacrifice and the denial of one’s own needs to take care of others. Because women are socialized to view the caretaking of others as their highest duty, they often learn to ignore their own needs. At one workshop, we discussed what happens to women who internalize such beliefs. These women, if they ask for what they want, will often do so in a way that both reflects and reinforces the beliefs that they have no genuine right to their needs and that their needs are unimportant. For example, because she is fearful of asking for what she needs, a woman may fail to simply say that she’s had a busy day, is feeling tired, and wants some time in the evening to herself; instead, her words come out sounding like a legal case: “You know I haven’t had a moment to myself all day. I ironed all the shirts, did the whole week’s laundry, took the dog to the vet, made dinner, packed the lunches, and called all the neighbors about the block meeting, so [imploringly] … so how about if you … ?” “No!” comes the swift response. Her plaintive request elicits resistance rather than compassion from her listeners. They have difficulty hearing and valuing the needs behind her pleas, and furthermore react negatively to her weak attempt to argue from a position of what she “should” get or “deserves” to get from them. In the end the speaker is again persuaded that her needs don’t matter, not realizing that they were expressed in a way unlikely to draw a positive response. ”

The rudiments of patriarchy affect not only women. While a woman is a graceful caretaker in an apron, a man is a strong hunter without the right for emotions. Stereotypes oppress consciously and subconsciously, the traumas of the past, the mouths of others, oppress and oppress. But we are human beings, and we are united by the same needs: love, understanding, acceptance, support, independence, the right to choose, and so on. This is our basis, because a healthy society begins with this understanding.

We find ourselves in a difficult situation, but look back: it is a story of success.